La Ronde Concert Band is a community band formed 30 years ago to allow adult musicians to come together and share their enjoyment of music. Forty players strong, La Ronde is led by Director of Music, Charlotte Cooper, and enjoys playing to local audiences at events throughout the year. As a registered charity, the band works hard to raise money to cover the cost of new music, uniform and instruments. In addition, each year the band supports charities either by waiving its performance fee or organising concerts with a specific cause in mind.

A full list of forthcoming concerts is available here. 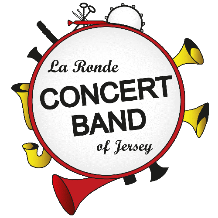